A flower, white as snow, bows its head not to its vision, but to the Sun, is coy.

— Intended to be Thought-Provoking —

Once again, the “Nigger” word has been deemed “offensive” and not for the first time. This time it is returning to debates surrounding its erasure from the English Language and its usage. Dominated by “Political Correctness”, which has been positioning itself over the years as some sort of morality gauge, pointing society towards “right” and away from “wrong”, commanding it which language to incorporate or eradicate. END_OF_DOCUMENT_TOKEN_TO_BE_REPLACED

A Study of a Flower:1

From its tree, and turns a trumpet sort of flower-

Chandelier in kind, but to the ground

With ruffles aplenty round its head,

Blooming not one, but two instead-

A flower within a flower

A Study of a Flower:2

compared with this you will see a variation in the two flowers. This one doesn’t have a flower   within a flower.

Some thing Summery about this.  It could have been the warm breeze, and sun beaming through the windows, this morn’ that inspired the name, Summer Breeze 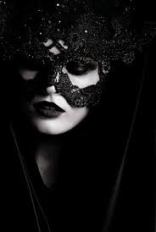 I Need a Place to Stay

The only plausible thing that she was saying was the repossession order, and not being able to gain access to the flat, otherwise every thing else was fiction. The absence of the council’s telephone number, was ridiculous in that local authority not including such basic contact detail was unheard of, not that it would have been able to support them, any how.

Oh gosh, what am I supposed to do?….my flat in London is empty….No I don’t want them back there again…but what can I do?

But some how I knew that this time was going to be more than just moving in.

She induced the conflict, and it must have been evident. As part conspirator, she would have seen, from the distance, that her tactics were working, breaking down solid to powder. The moral decision I had to make was no small matter. But, for them, it was one of deceit and its victory, attaining their goal, spurred on by pride, saving shillings, and by him, her husband, whose tool she had willingly become as means to reach it. And he, who was juggling his precarious livelihood was operating the whole event from obscurity, as if one wouldn’t have known, the opportunist coward that he was. And he had already marked me as target and, moving forth the chase, though, I should state for the record, that she was no victim! END_OF_DOCUMENT_TOKEN_TO_BE_REPLACED

The Medina in Asilah comes alive with arts, world music and diverse cultural events that Morocco brings and yokes together in the height of the summer season.

Asilah Arts Festival is an international creative narrative, it is the effort of Morocco’s Cultural Inclusion Dialogue Strategy hosted annually and typically in colourful and memorable fetes, throughout the country. Of which, Asilah is itself a piece of art, a picturesque historic pretty little coastal town, nestled in the Southern Eastern Atlantic shores, province of Tangier.

Paintings, murals, poetry, music (Andaluse, Ghanewa, performance art, folklore) and other activities including Henna Art, Crafts, Oratory are all a part of the many creative exchanges and points of connectivity. Linking the member countries via this exciting, on-going artistic discourse that is relayed in the spirit of art and festivity. Blending diversity in the exchange of cultural vibrancy, hosting artists from abroad, while sending theirs to across. 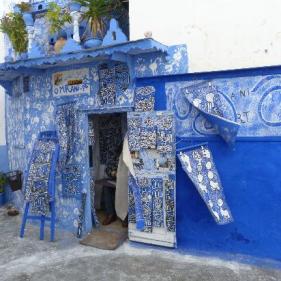 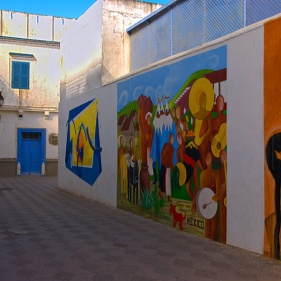 Occurring in the height of the summer season, amidst the tourism months and heaving crowds, in a time that native Moroccans return home for their summer break, adding  more hues to this special and festive time.

The mural above, Nudity vs Concealment (2008) adorned one of the Medina walls, its duality, anatomy/nudity, I found exceptional in the way it dealt with the human form in a scientific narrative forming its backdrop. Its about anatomy (or/and nudity?); what I loved about it the most was its simplicity and how it communicated with the viewers Science via Aesthetics or vice versa – offending no one considering the nudity pinned on a backdrop of potential Moroccan conservatism.

The artist placed the subject matter in a medical discourse, which left no room for any perverse objections from a few who might have had wished to warp it in wanton morality – Depicting just how Art can obliterates and borders and moral boundaries. soothing extremity and potentially corrosive ideology.

Serving a powerful and collective medium, art is a far-reaching force with an aspect that is ever-changing and transforming spaces. In Morocco, it is an exchange brimmed with cultural variance and wealth, conflating on the Atlantic shores of an otherwise seemingly sleepy town, Asilah; with its golden beaches, a historic Medina and Murals adorning it, delighting residents and the visitors from around the globe visiting in the summer months.

My photo, Nudity vs concealment is a composition including a man with his young son, sitting down on the left wearing a full length long gown, Andora, contrasted against three figures of Nudity in the background. I named it Nudity vs Concealment. Photo by Lily Von Valley Asilah Art Festival 2008.

The dress has six panels under the breast and back pieces joining to the three main body  panels. Together, shaping the dress. While the traditional kaftan achieves the famine shape through a sturdy, and elaborately embroidered belt that gathers its plentiful fabric  snugly fitting around the chest and waist. It is in contrast with the intricacies that are  found in classical European tailoring.

(Kaftan Sensuality v Gothic Sublimity provides an overview of the difference and similarities  in the two traditions) .

Colours are important, they reflect vibrancy: turquoise, emerald green, aqua, coral, shades of blue, which I love are perfect for the dress. Though, in the post, they don’t appear as vibrant as they could . The colours should be as intense as possible, to  add extra depth and sheen. Pastels and other colours work just as well.

Consider fabrics with a lustre and that drape well, or sturdy enough to hold their shape such as velvet then mixed the two.

I haven’t included accessories because the sketch is unfinished….

On the Kaftan and Gothic Continued, but preoccupied with Erte.

This is an elegant, long, evening gown.It doesn’t incorporate the Gothic or Kaftan features at first glance. But, one could argue that the Gothic is implicit in the bodice part, and, the Kaftan in the lower part.  Clearly, the synthesis is Erte, and the result is a beautiful merger.

The dress reminds me of birds in paradise – its colour, iridescent green forming a feathery light hue. Such is its beauty,  that is why I called it Birds of Paradise.

The below Long blue gown, on the right, The Evolution of the Kaftan, has the essence of Erte. The way in which, it accentuates the female curves, and the way the fabric dramatically drapes to the ground adds an air of indulgence and excessive decadence.. But it remains distinct from the Kaftan or the Gothic.

You could see both garments have the spirit of the Gothic and the Kaftan residing within- The open front is a classic trait of the Kaftan, with its decorative ribbon that would normally adorns its entire front. Then again, the criss-crossing lace from the upper, tailored, part all the way down shape shifts into the Gothic at it dramatically falls and blooms into Erte.

Offers an overview of the European Gothic and the Arabian Kaftan tradition, which is covered in the red dress post, below Kaftan Sensuality v Gothic Sublimity.

The conflation of the two, Gothic and Arabian, is really prominent in the red dress, on the left. Both the Arabian and European styles somehow jointly, and severely mark the Gothic from the Arabian into a single piece but coming together a treat.

The Blood of Christ 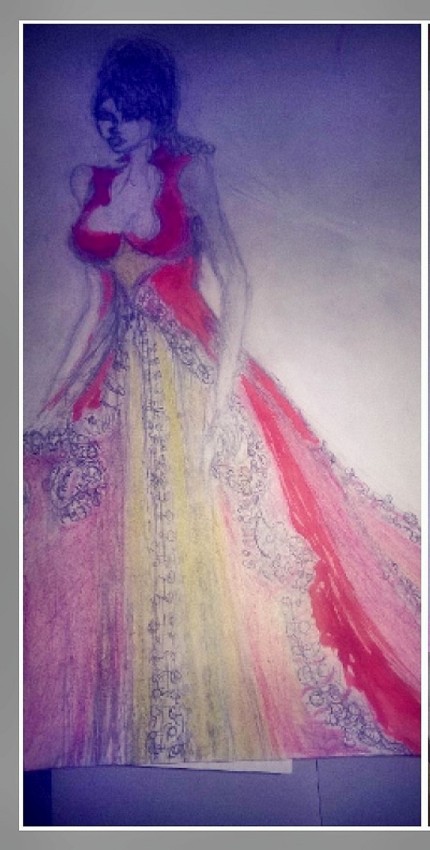 Arabian Kaftan conflating Gothic Couture; The panels are cut and manipulated to fit the curvature of the females body giving more emphasis to the bust and waist area.

My design conflates the Arabian Kaftan with the European Gothic. Their similarity, primarily rests in their extravagance, utter grandeur, drama and elegance.

The traditional Kaftan is born out of simplicity – just three stitched panels- yet the effect is sheer exuberance. The volume of fabric, the way it falls, and the ease of its construction with emphasis on its ornate trimmings and elaborate accessories provide its classical beauty and the Wow factor!

Chiffons, Satins and Silks are perfect for the Kaftans during the spring and summer months. Alternatively, rich and vibrant coloured velvets add warmth to the winter seasons. The panels, are usually embroidered with golden or silver ribbons (dfira in Arabic), or a choice of other colours and a style of weave from the ribbon designs. When worn, the Kaftan is drawn in at the waist with an 18c-22c gold belt; matching bracelets, gold encased gem-set earnings and finished with a head dress if desired.

My design conveys the Gothic element in how the waist and chest are manipulated defining the overall shape and its flare. The panels are couture, and skim the curves without the need of a belt. The chest is formed from stylistic detailing in the panels drawn from the Corsetry traditions with several darts and boning. They produce form and structure the upper body that narrows into and shapes the waist. Gothic scalloping cascades from the collar to the chest. Drawing attention to itself and to Gothic’s dexterity and the appliance of its intricate tailoring.

(the accessories haven’t been included. Illustration not finished) 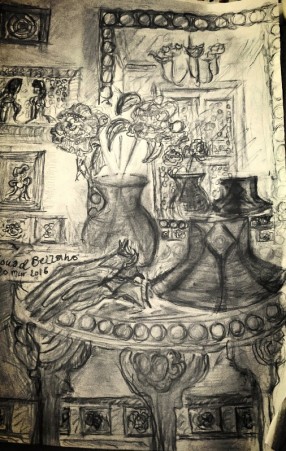 Were it fair to provide more time,

You await the kind of space with a:

French sofa and bed, to sit and nap; a

Pine desk, to write and eat;

Central heating, to keep afloat the cold, and

Flat mates’ voices to mute at once – the plan.

The gloves and hat, at the door

Slipped on your hands and head

As if to say there was no more;

Instead, told, about your eek.

Dally you did, just at the door.

Meaning to steer back the pace –

My coup is Entirely pinned on that fate!.